Bovine Colostrum is defined as the first milk secreted by the mammary glands after delivery, generally within the first 72 hours. It contains an extraordinary amount of proteins, fat, lactose, vitamins and minerals, representing the first nutritional constituents to the newborn calves.

Beyond the nutritional role, colostrum is key for the passive immunity of calves thanks to the presence of immune factors such as lactoferrin, immunoglobulins, lactoperoxidase, cytokines, lactoalbumin and lysozyme, that actively participate in the protection of the neonate.

For the reasons described above colostrum is employed either as food supplement or topical preparation in a variety of conditions and indications.

However, the quality and composition of colostrum may vary substantially and the manufacturing process is critical to determine the final quality.

The colostrum employed in the medical devices comes from a novel and patented manufacturing process fully carried out in GMP process that was set-up in order to obtain a safe, bioactive and water soluble natural bovine colostrum. Only milk within 6 hours after parturition is employed in order to maximize the content of actives.

Of note, the procedure utilized to produce the colostrum employed in the medical devices for wound care, preserve most of the bioactive factors in colostrum and these appear to be at the basis of its nutritional, modulatory, and clinical use.

In summary, the employed colostrum is characterized by the following characteristics:

Furthermore, in-depth proteomic analysis of the colostrum employed has identified more than 1’700 proteins and a set of 90 proteins involved in the wound healing process that explain its efficacy in the indicated clinical conditions.

Of note, despite there is a good number of preparations for wound healing on the market there are still unmet medical needs to be addressed.

Only a few of them though have a repairing effect, and none of them provide a complete action.

Colostrum combines all the above-mentioned properties and in virtue of the presence of growth factors exert a strong repairing action of the damaged tissue.

Colostrum is a major natural source of vital growth and healing factors. 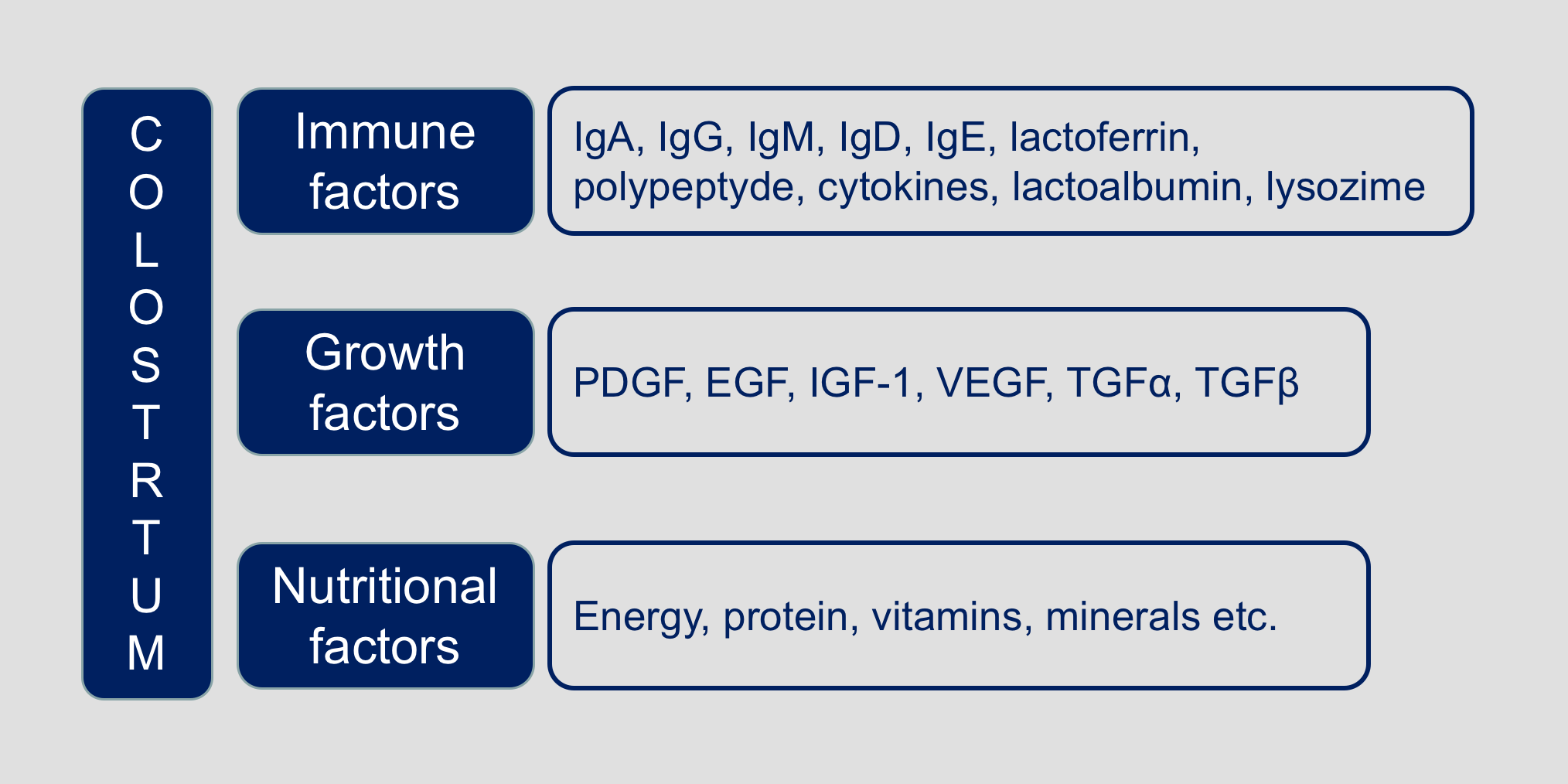 With respect to milk, colostrum contains key factors that are up to 2’000 times higher. 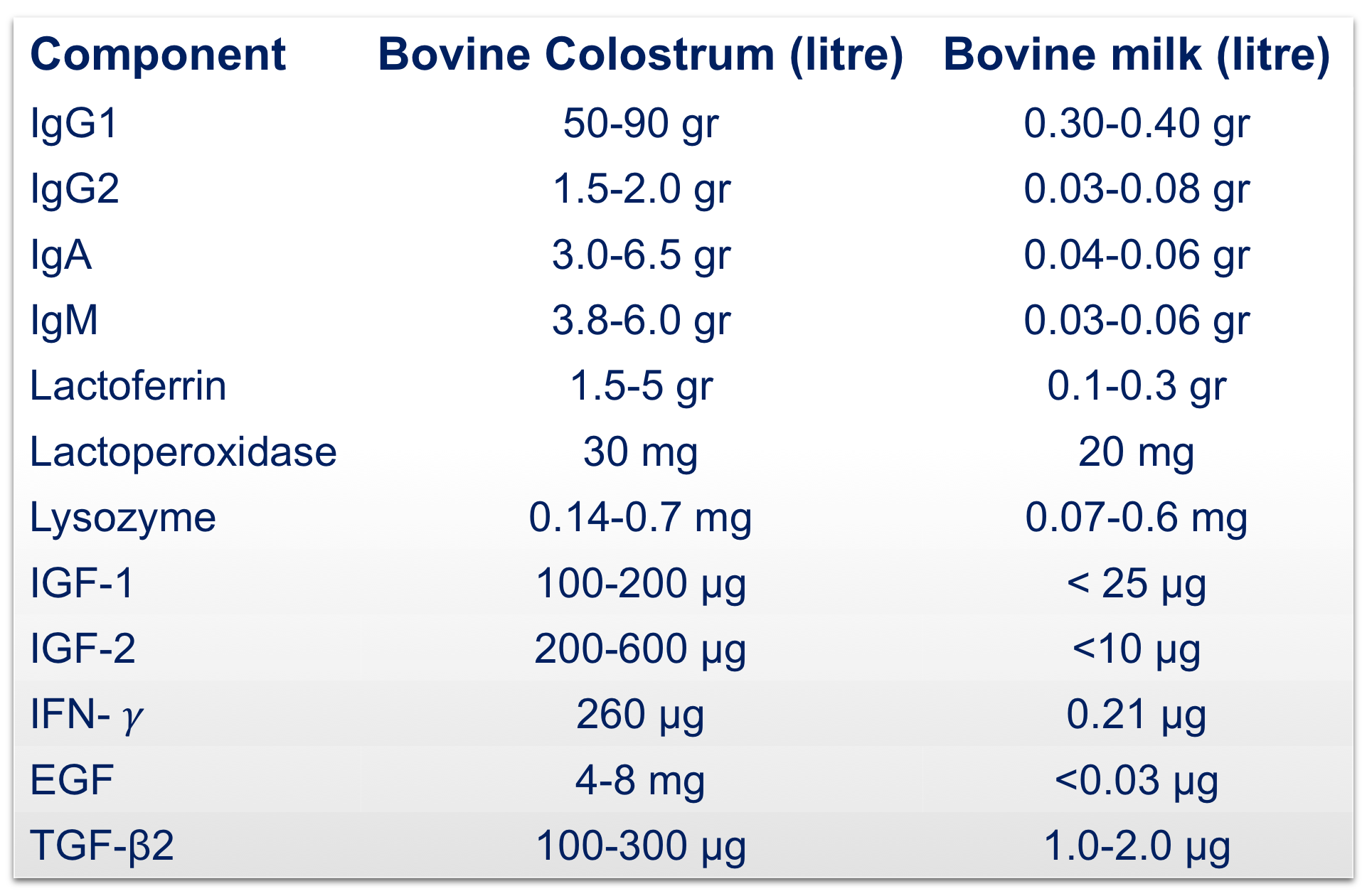 The content of actives in colostrum correlates with time after delivery, the sooner is taken the higher the content. 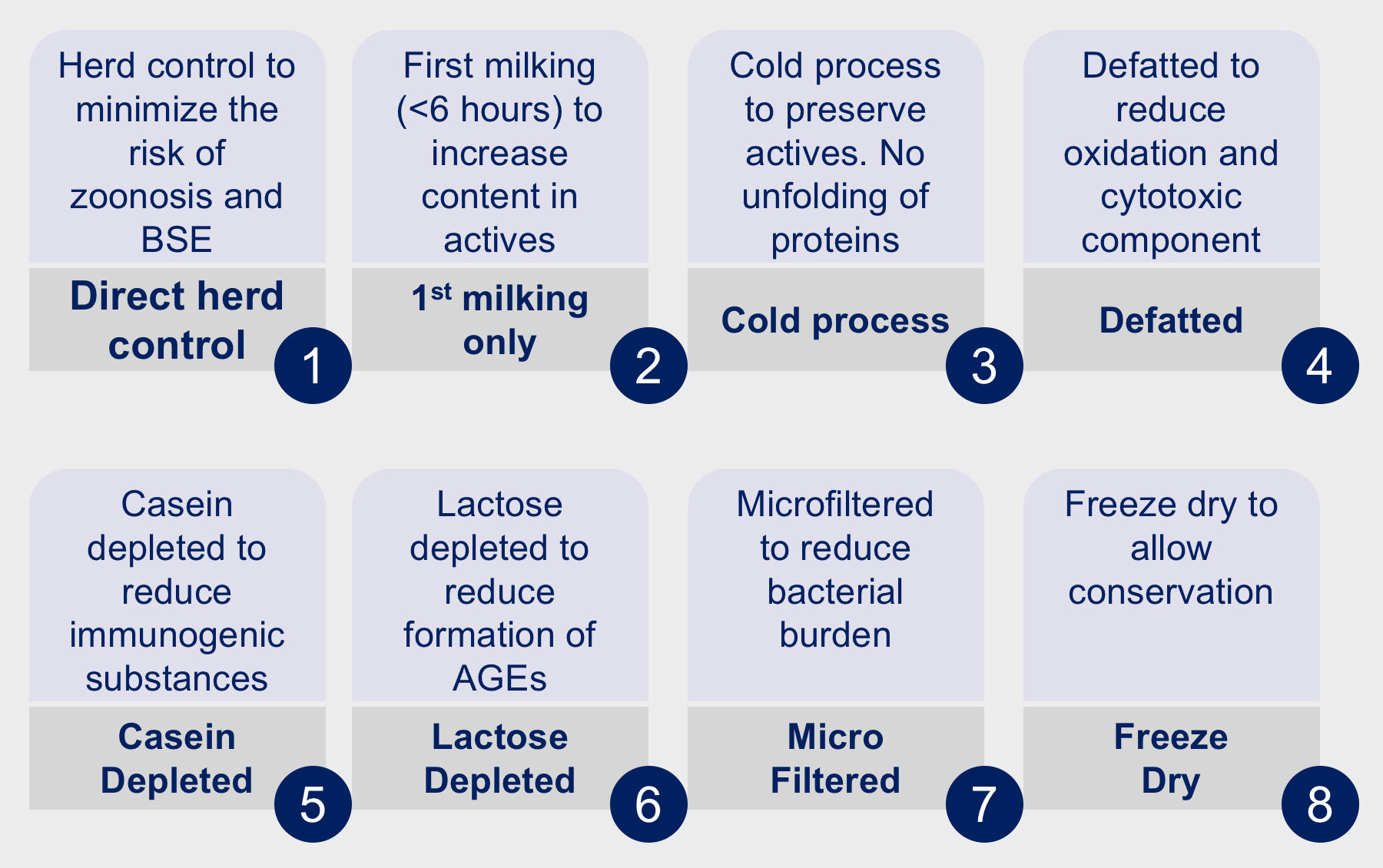 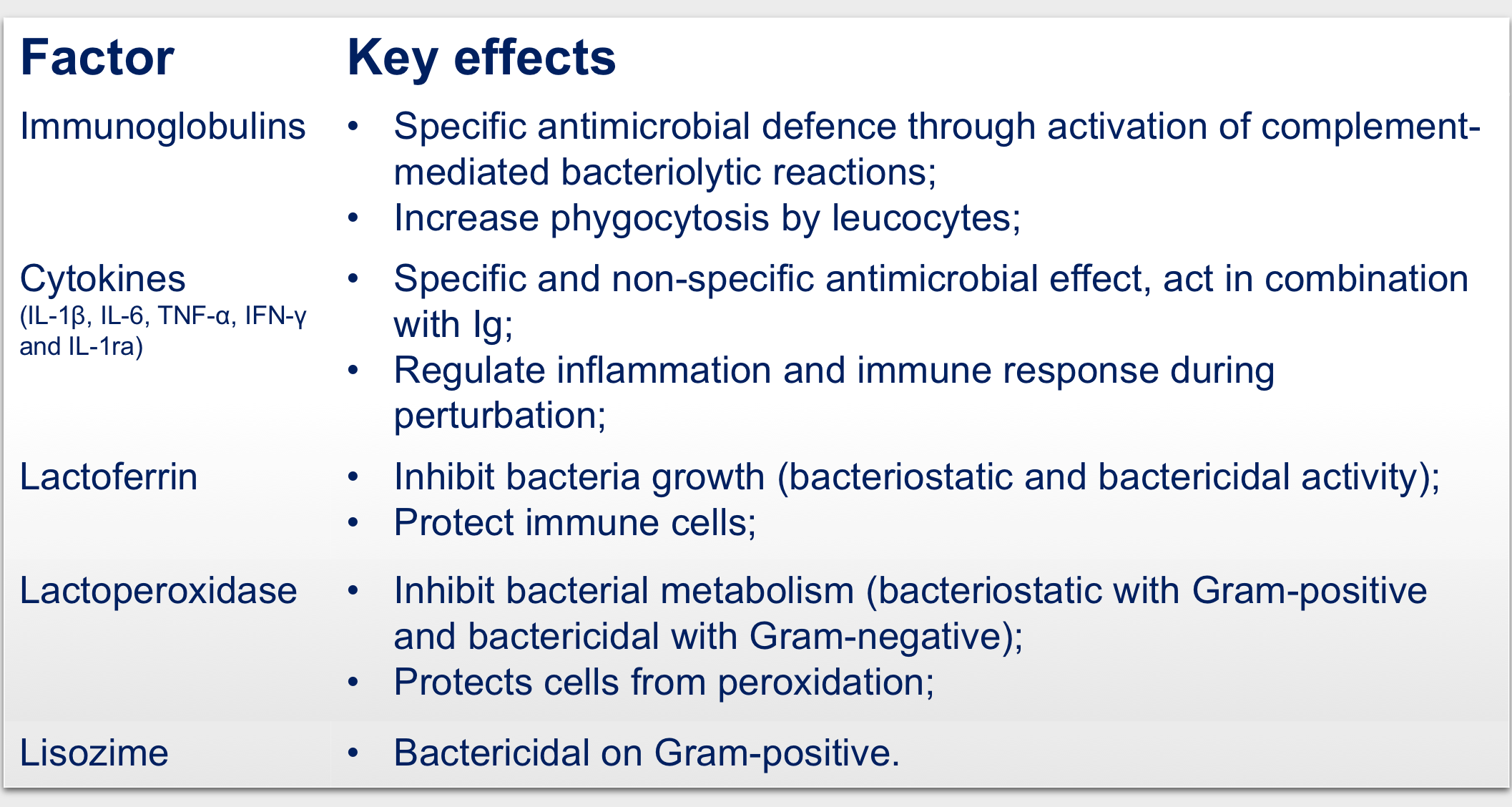 YOU ARE ENTERING A RESTRICTED SECTION ONLY FOR DISTRIBUTORS

You have clicked on a link that will take you to a restricted section that is solely for International Distributors. This section is neither accessible to consumers nor to healthcare professionals. This section is only for International Companies interested in distributing new products. If you are a patient or customer seeking any medical advice, please promptly contact your personal physician or health care provider. Please read carefully the following disclaimer before proceeding. By clicking “I agree” you accept that:
This site uses cookies. By continuing to browse the site you are agreeing to accept our use of cookiesOk